Cleansed and Cared For

An exhibition by Jacquelyn Rixon

Are you safe? Are you sure? Are you secure? Do you have a home? How long can you stay? Can you pay the rent? Where will you go? Are you worried?

100 PAINTINGS is a collaborative, process based painting project by Lauren McGhee and Silja Strøm. It consists of one hundred six by four inch oil paintings in an attempt to form a haptic understanding of the narrative functions which objects are forced to perform.

The paintings eschew any representational function and have been produced only on the basis of achieving a satisfying resolution of the non-image through mark making and the combination of colour. This is achieved through the interpellation of the aesthetic judgement of each individual. In forfeiting the claim to ultimate authorship, the artists hope that the painting will be seen to exceed the limits of either artist’s aesthetic satisfaction. The work acts as a meditation on notions of originality and unique artistic agency. The artworks are combative, and therefore perhaps not fully satisfying.

In the process of collaboratively completing these paintings, both artists have recorded their thoughts and drives in relation to the production of the works: moods, worries, transgressions, distractions, and asides. This record takes the form of an online editable Word document, which is presented alongside the works.

Displayed as as series which is ostensibly lacking in content, the paintings are installed as a sequence of works without meaning. In an attempt to draw upon the significance of how paintings are made to speak, the artists present evidence of how our attentions can be fundamentally distracted, and how claims to the “truth” surrounding an object are entirely arbitrary. Initiating discussions about how artistic labour can be evidenced, 100 Paintings will also seek to undermine the conception of the mythical transcendental possibilities of painting, firmly grounding it as a cumulative endeavour not removed from the banal realities of the psyche. 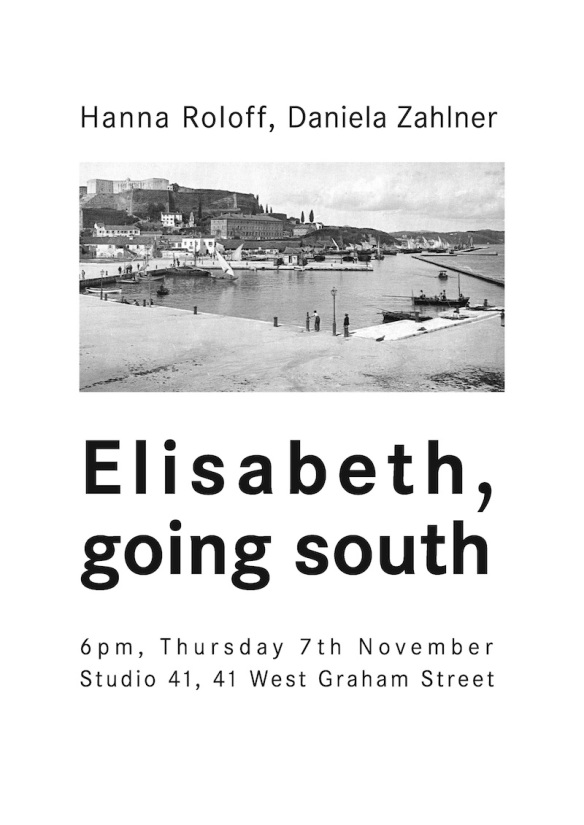 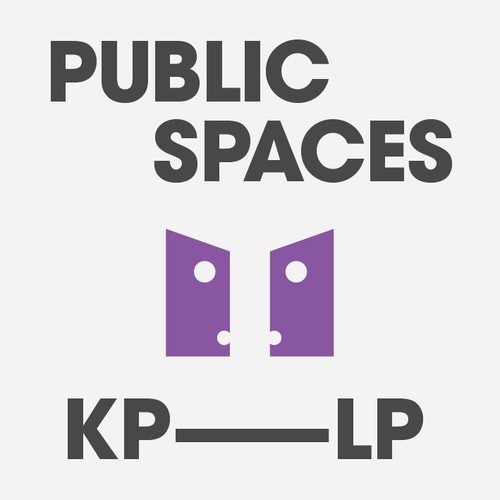 Come along to buy the album on it’s first day of release, hear samples, drink wine and eat nibbles as well as see a rare performance with Lewis MacDonald and Alistair Quietsch joined by Claire Patterson who played saxophone on the album.

An exhibition by Alistair Gow and Marco Giordano

Eyelikewhateyesea is a new age word found on the Internet in blogs that are sharing information of all kinds. From its original position on the Internet it has been given a new state as the title for this show.

This exhibition aims to explore the meaning of replica, reproduction and rebloging through different kinds of mediums such as billboards, rocks, posters and prints. Taking images, words and experiences from different places and repositioning them in a new context. 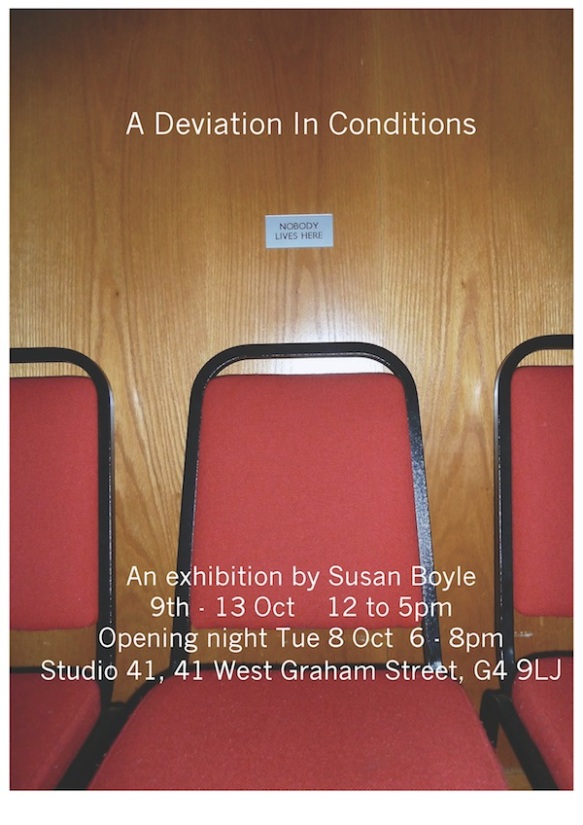 In my work I examine the concept of order and disorder where I look at the ways in which we may seek to regulate the uncertainty and disorder of life through control mechanisms, and the relentless disruptions and disarray that surround us that always prevent ultimate attainment of total control over our lives (and that of others and our environment).

In looking at the disorder of life, I often use photography with images signifying occurrences or incidents we may encounter that can often imperceptibly affect us but could also be significant elements of change in our own lives and those around us. I am interested in the conditions that sometimes start a whole chain of events that can disrupt our planned course of action and ultimately alter both ourselves and our lives in unexpected ways.

A joint exhibition of recent paintings by Susan Kennedy and Alistair Quietsch. 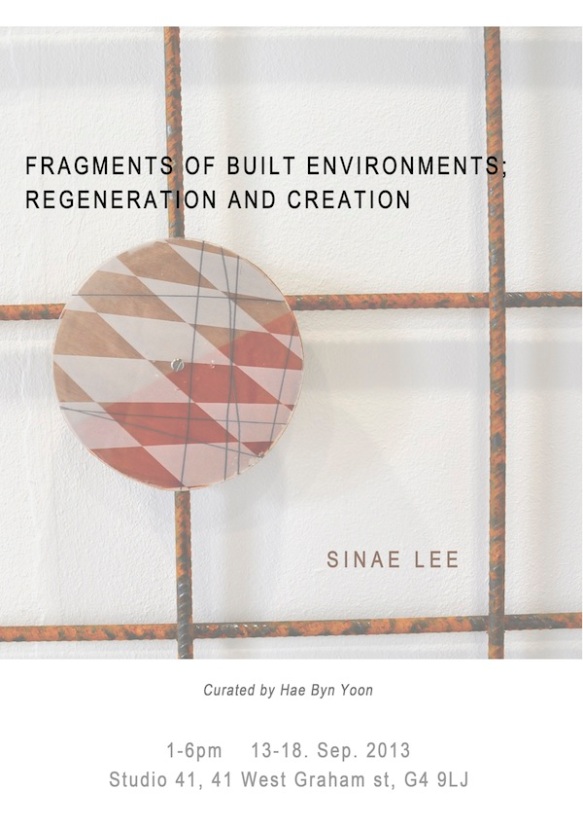 Sinae Lee surveys a landscape of man-made ruins, enlivened by uncertain potential of interactivity and fluidity through utilizing materials and mediums that hold industrial symbolism such as metal, plastic or other raw materials that were fragmented and individually layered, representing forms of built environments or otherwise modern architecture.

The artist communicates life and death in/of the metropolis as a living organism in itself like that underlined in Jacobs, 1993 – The Death and Life of Great American Cities. Her ideas initiated as a reaction from an article by Ned Hepburn, 2012 ‘Dead Malls’, since then questioning values of dreariness and bleakness that comes from desertion of once hectic and vibrant spaces.

The exhibition illustrates creation, prosperity, deterioration, lapse and regeneration – a cycle of humanity, nature and all that has been created in between. Ruling out perspectives of disparity into neither defining this cycle ‘regression’ nor ‘progression’ however, circumscribing what is merely a cycle upon looking at it from a greater time scale. Perhaps this is best portrayed in Sinae Lee’s series ‘Fragments I, II, III’, mixed media, 2013.

Promote Your Page Too